Of the different ancient cities of Veneto, Caorle, with its promenade and the various rural landscapes, is certainly the most evocative. Of clear Roman origins, the town derives its name from the past, in fact Caprulae, the ancient name of Caorle, means almost an island inhabited by goats; however, the possibility of the cult of the pagan goddess Capris, in effect when the village was founded, to pay him this name, which is still remembered today by many, is not excluded.

The main feature of Caorle is undoubtedly the “living cliff” whose rocks that compose it are sculpted and decorated very carefully by artists from all over the world, great masters who meet in July to give life to their marvelous works. This “natural” art runs along the seafront, creating a marvelous effect on the clear sea behind it. All this is crowned by the presence of the splendid Church of the Madonna dell’Angelo, a small Church that has dominated this small cultural landscape for centuries. The living cliff has therefore become the symbol of Caorle and favorite destination of most tourists who land in the country specifically to admire such spectacles that really leave you breathless.

Another symbolic structure of Caorle is represented by the Cathedral of Santo Stefano.
Entering the cathedral you can immediately notice the refined Byzantine style with which it is structured. This particular art is reflected in every column and in every pillar, even reaching the ancient vault and the wide marble altar.

In addition to the well-made paintings you can find other valuable works, such as the Pala d’Oro, a frontal of six gilded panels from distant Cyprus.

Next to the Duomo stands the imposing bell tower built in the year 1070 and 48 meters high. It was built in the same style, shows how important the Roman influence at the time, also the bell tower is often home during summer, the fireworks made from fireworks.
Remaining on the theme of Venetian beauty as not to mention the intertwining of streets that extends into the historic center of the country. In the Rio Terrà, calli and campielli seem to embrace those shops that rise right where once there were only canals. In fact, at the beginning Caorle presented itself as a small island crossed by small channels that have been buried in time (hence the name Rio Terrà, ie underground Rio) thus forming the necessary space to build houses, structures and then a wider historical center and in step with the times. Over the centuries this center has seen many structures arise, such as churches and oratories, this is testament to the presence of a constant historical-cultural development that allows Caorle to be a very visited and requested country.

Another popular destination for tourists and Caorle’s main business is the beach. It is divided into two sides: the west and the east, based on their location in the country; both sides, every year, are besieged by many vacationers, this thanks to the inviting climate of the place that always offers a hot sun.

After the period of the Second World War, in which the economy of the country based mainly on fishing suffered a serious arrest, it was thanks to the beach that Caorle was able to unblock itself to a notable increase in tourism and the consequent vast monetary income. The seaside area stretches for over 15 km along the Adriatic coast and offers tourists, thanks to several well-equipped hotels, an unforgettable holiday, including leisure, comfort and various and intense entertainment shows.
This metamorphosis took place approximately in 1911 with the inauguration of the first hotel and has continued until today bringing about 200 hotels, many campsites, tourist villages, top-level residences and many other tourist facilities to the Veneto coast.

To complete a work already magnificent in itself is added a pleasant and very inviting sea that according to many would represent the most beautiful and welcoming sea of ​​the whole Veneto. Caorle can therefore boast of an immense heritage that extends in every place and in every structure of its territory and that contributes to make this place a special meeting between culture, charm and fun.
It therefore represents a precious and rare place to find, thus becoming one of the first places in the north-east to visit if you want to rediscover the subtle pleasure of art. 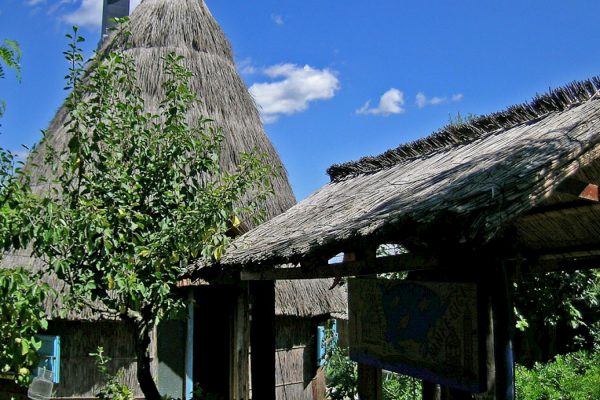 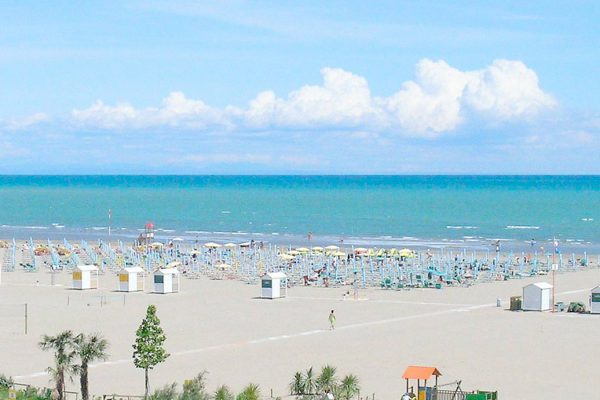 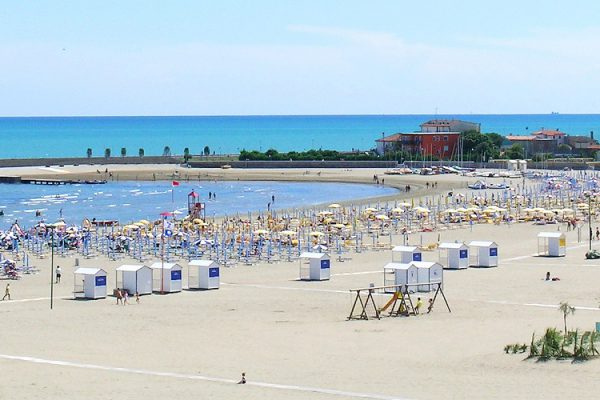 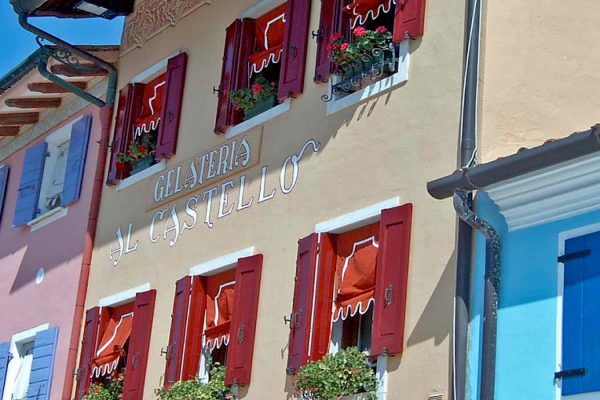 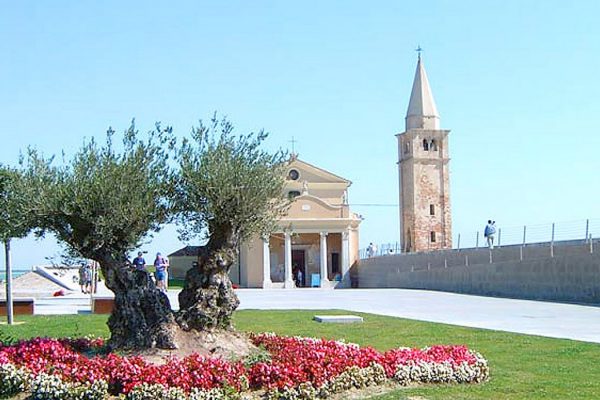 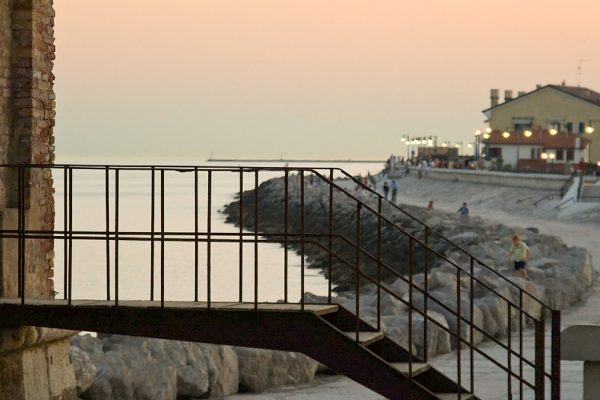 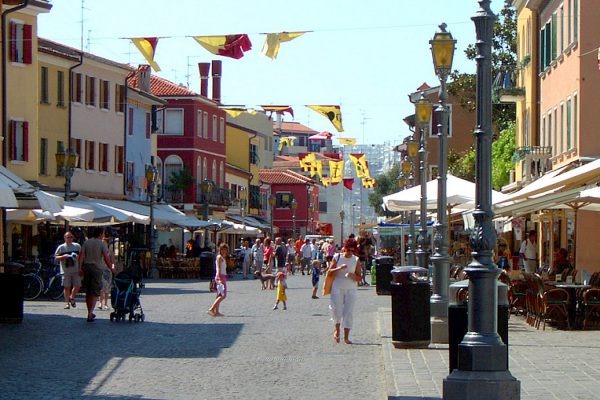 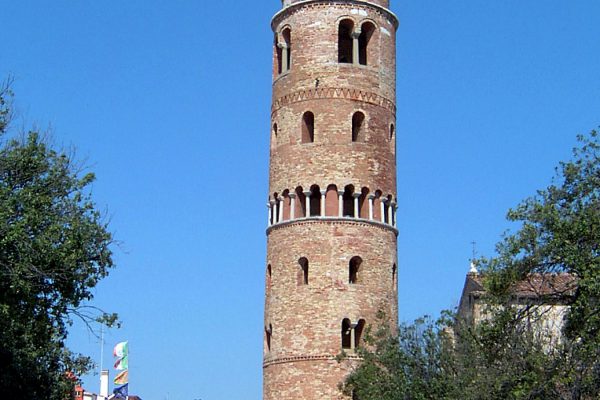 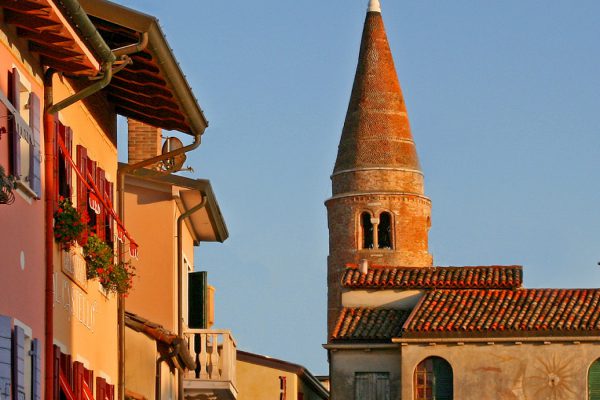 From Caorle you can easily reach:

The Lagoon of Caorle: it is a naturalistic oasis of rare beauty, which undoubtedly deserves to be visited. We recommend a trip on board the motorboats that leave from the port of Caorle a few steps from the hotel.

Vallevecchia (www.vallevecchia.it): represents an immense naturalistic oasis recognized by the European Community as a special protection area and site of Community importance.

You can visit the lagoon of Caorle every day thanks to the Arcobaleno motor ship departing from the fishing port.
More information: www.motonavearcobaleno.com

Caorle is also a starting point for visiting Venice. Thanks to the Caorle boat, directly from the fishing port which is a 5-minute walk from the hotel, you can reach Venice in no time.
More information: www.motonavecaorle.com

Venezia
It’s70 Km away. You can drive up to Piazzale Roma, where there is a multilevel parking to leave the car and start the walk to discover the city. Or you can drive up to Mestre, Parco San Giuliano, and than take a bus up to Piazzale Roma.
Other possibility is arriving up to Punta Sabbioni by car and than take the ferry through the Burano, Murano and Torcello island.

Trieste
It’s 10 km away. You can drive along the motorway A4. It’s possible to visit the famous castles of Miramare and Duino, in addition to the beauties of the city.

Aquileia
It’s about 80 km. away. Friulian town rich in archaeological remains from Roman times. It’s an open air museum, a town to visit for lovers of archaeology.

Concordia Sagittaria
It’s about 25 km away. Ancient Roman city where you can visit the excavations that have unearthed archaeological sites dating back to Roman times and a museum (National Museum of Concordia, which is located a few miles from Portogruaro to Concordia), which collects finds from Roman times.